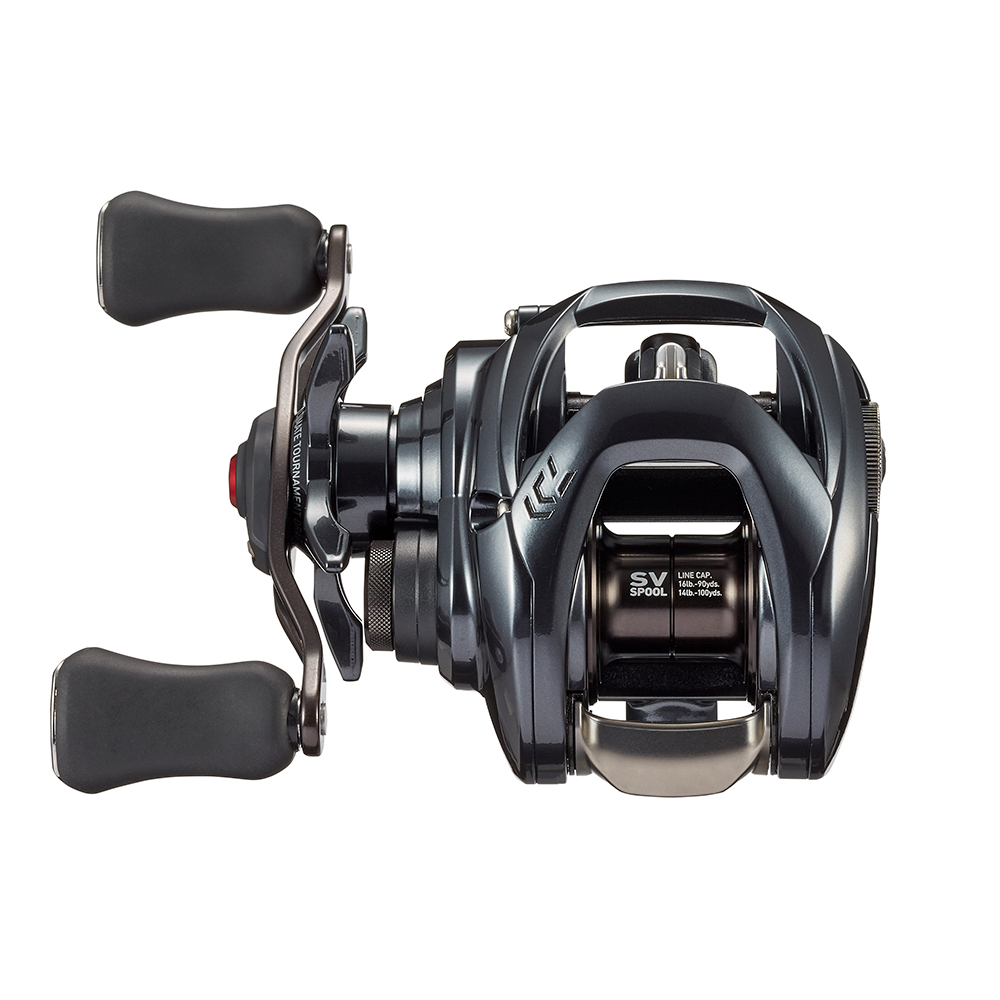 The latest generation of the Tatula baitcasting reels, DAIWA implemented the proven SV concept (Stress Free Versatile), which thanks to its super-smooth SV spool made of Duraluminum covers a broad range of applications, reaching from small lures (4g) to large ones up to 56g. Even smallest lures can be cast easily and with high accuracy.

The SV concept additionally prevents the threat of backlashes at the cast. Thus, you can fully concentrate on the cast and the lure presentation. Only when the lure reaches the water surface at the end of the casts, it is advisable to stop the spool shortly with the thumb.

The Tatula SV TW 103 is even more compact than the previous models and can easily be enclosed by the hand for daylong fishing. Additionally, the reel weight has been reduced further to incredible 190 grams!
FEATURES
BACK